This month we’re having a look at one of the ways in which kombucha might be used to make new medicines and create new treatments in the future.

The research paper is

One of the things that makes kombucha so cool and unique is its SCOBY – that pale disc of glob that floats around and makes it all happen.

But cellulose has other functions too.

Cellulose can attract and absorb metals and particles from the surrounding environment, basically sucking them up and tucking them away.

These researchers from today’s article were interested in seeing if the cellulose from kombucha would be remotely effective at absorbing silica dust from inside lungs. 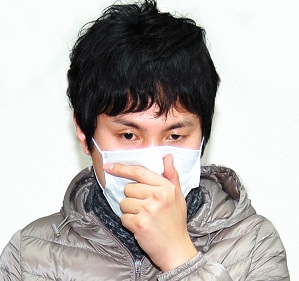 Silica dust inhalation is a large industrial problem. There are estimates of 23 million workers in China who have been exposed to crystalline silica dust, and a further 10 million in India. Official statistics being what they are, you can assume that the real numbers are considerably higher.

These workers are at a high risk for developing silicosis – an incurable disease of the lungs marked by scarring, lesions and inflammation – it is the most common industrial lung disease in the world.

Currently there are only two treatments for silicosis, and neither of them are a cure. The first treatment, lavage, involves putting the patient under a full anaesthetic and basically flushing their lungs out with saline in an attempt to wash any free silica dust out. It is a costly, time-consuming and invasive procedure, but patients report that it relieves symptoms for several years. Unfortunately the lavage process also creates problems of its own, with risk of physical damage to the lungs.

The other treatment is a drug called tetrandrine. This drug is still experimental, but may slow the progression of silicosis. Of course, it also has side effects, including possible damage to the heart, as seen in the rats used in this month’s research paper.

Today’s research is a collaborative effort from two teams based in China, one in Hainan province and the other in the Guangxi Zhang Autonomous Region.

In summary, they took a number of rats (150) and divided them into 5 groups:

The Chinese herbal kombucha was made using a mix of herbs known for their effectiveness at treating lung conditions. These were tea, licorice, Siraitia grosvenori fruit (monk fruit, or luo han guo), and wild chrysanthemum.

The treatment phase of the experiment involved spraying the rats with the different liquids. The assumption was made that because the rats were breathing in while being sprayed that the treatment solution was taken into the lungs.

Once the treatment phase was over the rats were humanely euthenased and examined.

Basically, they found that all the rats who had been exposed to the silica dust were ill. They had all lost weight, and their lungs showed scarring, tumour growth and inflammation. The researchers also measured the amount of free silica that remained in the lungs, and looked at what cell types were present in the lung cavities.

So, what were the effects?

The rats who were treated with tetrandrine, like those just sprayed with saline, all had heart damage. In contrast the rats treated with kombucha and herbal kombucha showed no heart damage. So the kombucha treatment seems to have some protective effect for the heart. It is too early to tell how this might work, whether it is to do with how and where it interacts with the silica dust, or whether it is through some other, less-direct pathway.

The rats given the kombucha and herbal kombucha treatments showed high levels of fibrosis in their lungs, like the rats treated only with saline. Tetrandrine was shown to be an effective inhibitor of fibrosis, while kombucha was not.

The researchers, after looking at their data, believe that Chinese herbal kombucha shows distinct promise as a treatment for silicosis. They observe that in human patients, the inhalation of the kombucha spray would be deliberate and therefore more effective. They calculate that it would take daily inhalation of herbal kombucha for approximately one year to achieve the sort of silica dust clearing that can currently be achieved by a surgical lung lavage under anaesthetic, at both lower cost and lower risk to the patient.

Obviously, they are an extremely long way from anything that might be implemented as a human medicine as yet, let alone trouble-shooting the obvious problems of trying to package up a live cellulose-forming bacteria in such a way that it will both stay alive and functional, and spray easily without blocking the nozzle of the inhaler!

I wish them the very best of luck.

Now, if you’re interested in another way that people have had a look at kombucha’s special cellulose properties, and gotten creative with what it can do, have a look at this video: vegan leather! (although apparently it doesn’t really hold up in the rain just yet – it gets sticky and starts fermenting again 🙂 )

Stacey lives and works in the South Island of New Zealand with her husband, their 4 children, 4 hens, and a rabbit that they secretly think must have watched Monty Python's Holy Grail movie. View all posts by stacey

Stacey is fascinated by all things kombucha.

Her MSc in Biochemistry helps her read and interpret the latest scientific research, and then she puts it into plain English so we all can understand it.

As an Amazon Associate, Kombucha Research earns from qualifying purchases.